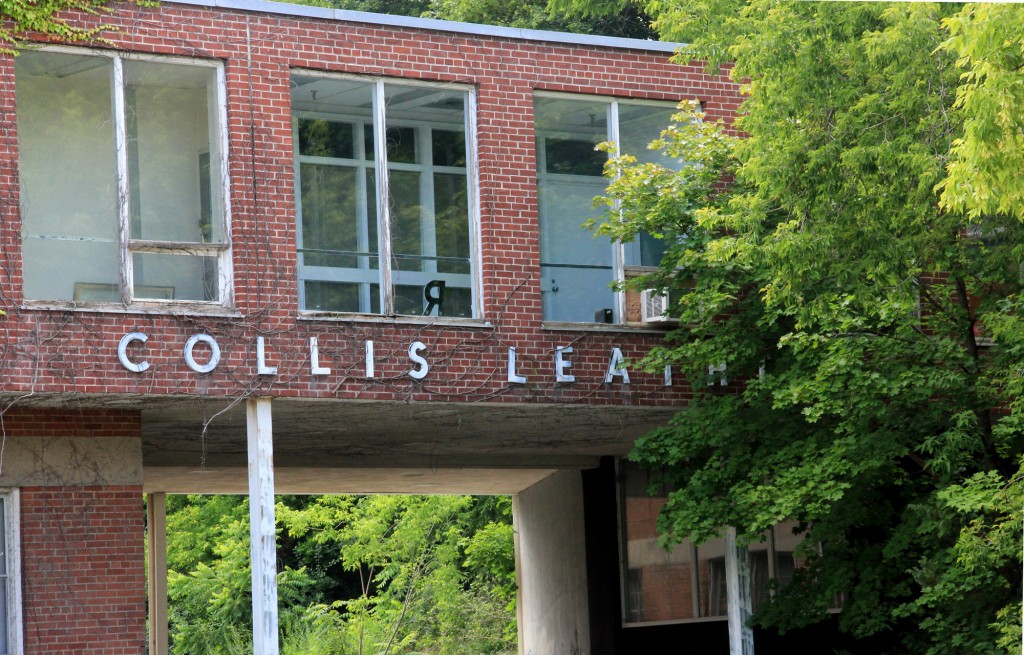 The Collis Leather Tannery on Tyler Street in Aurora.

The Collis Leather building at 45 Tyler Street had been operating as a commercial property for over 100 years, until its current owner, Maple Leaf Foods, decided to evict its tenants and vacate in late July.

Unauthorised construction found by municipal inspectors was its ultimate undoing after orders to comply were issued. According to David Bauer, head of Maple Leaf’s media relations, the company decided it made more sense to sell the property.

“[Maple Leaf] started leasing the facility in the early 1990s,” said Mr. Bauer. “Operating and investing in the property is no longer economically viable.”

This may stir up environmental issues which the Town of Aurora has investigated for years.

“It was a tannery; we were aware that there was environmental contamination,” said Mr. Bauer. “We’ve made the facility and the property secure and contained and we will continue to do so.”

The element of particular environmental concern is chromium, which is used to stabilize leather. Various compounds of chromium can be toxic and carcinogenic, especially the compound chromium-6. According to Environment Canada, chromium-6 occurs naturally in low concentrations throughout the environment and is also a by-product of fossil fuel combustion and industrial processes such as pulp and paper and parts manufacturing.

The tannery operated from 1910 to 1988 and has “a long history of chromium based compounds,” said the report. Before the 1940s, in an era of near non-existent environmental regulations, waste from the facility was discharged directly into the creek after coming from settling ponds.

In 2004, an environmental sampling company hired by the Town reported levels of chromium, mercury, arsenic, lead and copper in the sediments of Tannery Creek, which exceeded the Ontario Ministry of the Environment’s guidelines. Importantly, however, no elevated concentrations of metals were found in the creek waters. Lead, mercury, arsenic and copper contamination was found upstream of the tannery.

It was this historical pollution from decades of industrial activity in the Region which lead the Ministry to conclude that there was insufficient information to identify, with certainty, sources of contamination. The Ministry did not recommend removing areas of the creek bed which were contaminated and considered it unlikely for the sediment to contaminate local ground water.

This was backed up by results from a monitoring well on the tannery property and municipal wells, which did not show any sign of metal contamination.
The question which is starting to arise is “what now?” As long as the site was undisturbed, the Ministry was fine with the low risk of exposure. Furthermore, the site currently has a split zone.

It is zoned as a general industrial zone, with a portion of the site being an environmental protection zone. It will be when Maple Leaf or a future owner decides to re-zone the property that environmental assessments will be conducted.

The Town is well aware of the site’s environmental problems and has classified it as a brownfield. Environment Canada defines a brownfield as, “usually former industrial lands that are now vacant or underused but have the potential to be redeveloped for new uses.”

Currently, the building is still occupied by tenants who are in the process of relocating. According to Techa Van Leeuwen, Director of Building and Bylaw Services with the Town of Aurora, Maple Leaf has indicated they will be fencing off the property and they will remove the unauthorized construction.

“Our goal is to sell the facility,” said Mr. Bauer. “We are committed to making sure the facility and the property are appropriately managed, secured and maintained.”