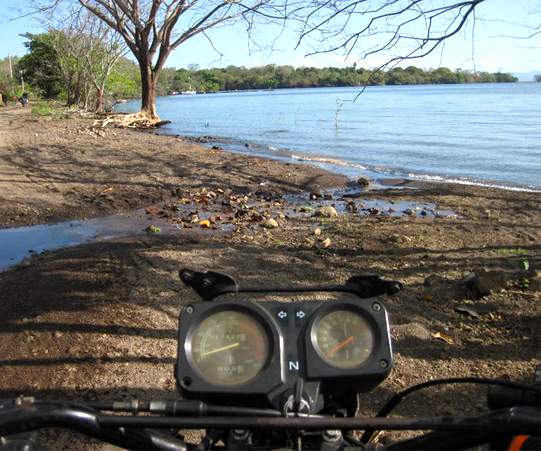 While looking to me like a rough trail, this was actually the road on Ometepe Island.

My first ride on a motorcycle could have been my last. I didn’t have a motorcycle license, my riding gear consisted of running shoes, shorts and a t-shirt and a helmet with the structural strength of an M&M’s candy shell. Looking back after taking a rider’s training course and hearing admonitions to wear all the gear all the time, my first ride was an act of lunacy. I wouldn’t have traded it for the world.

I was able to experience this terrifying yet portentous ride on the Caribbean island of Roatán, in Honduras. For under $100 I rented a 125cc Yamaha XT and spent two days exploring a slice of paradise. When I left Honduras, I continued renting bikes whenever I could, riding in Nicaragua and Costa Rica. While I would have never turned down a chance to rent a bike and hit the road, in hindsight some preparation and caution would have been nice. 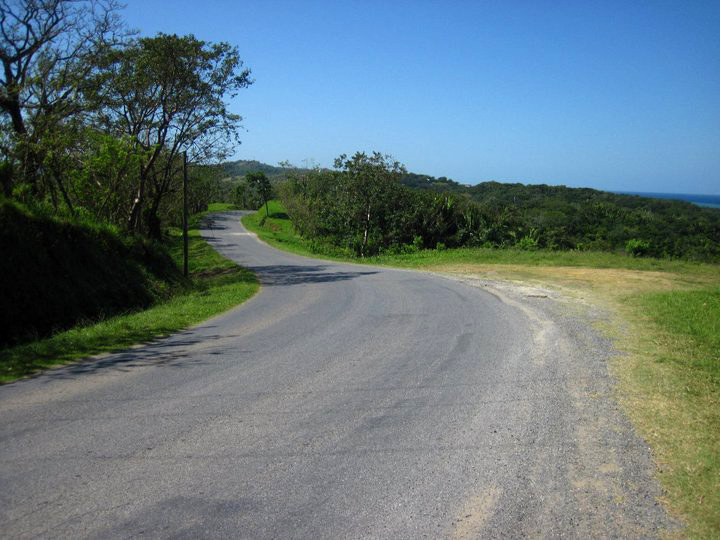 Just a small stretch of an absolutely gorgeous road on Roatan Island. Save for a military checkpoint, traffic was almost non-existant on the eastern side of the island.

Thoughts of blasting down a section of road hugging the coastline, or ambling through picturesque streets tempt riders on vacation. If you manage to find a rental place while traveling, nothing beats exploring or sightseeing on a bike. It’s a good idea when looking at a rental bike to treat it as if you were buying a used bike, says John Hanney. A motorcycle mechanic for 28 years, Hanney said most riders know the obvious warning signs that signal a poorly maintained or dangerous bike.

Chain-slack, fluid leakage, scratches to fairings and dents are all very obvious. “Take the bike out for a quick drive on the renter’s property to ensure brakes, electronics and throttle all work,” advises Hanney. “Then it can’t be argued that you are at fault.”

I was unlucky enough to suffer electric failure in Nicaragua, on a small Chinese dirtbike. After trying unsuccessfully to manipulate the tangle of wires, I found a hill long enough to bump start it. While I managed to salvage a decent ride, the front tire went flat on the way home. Things can go wrong, and if you’re unlucky to get stuck, it’s hard to get help if you don’t speak the language and are riding an unfamiliar bike. 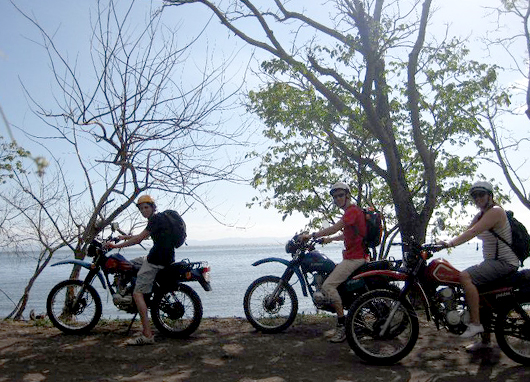 Riding with buddies on Ometepe Island made it a bit easier to bump start my bike, after the battery died unexpectedly.

The exotic scenery and new roads you get when riding abroad come at a price. Road conditions and driver behaviour differ greatly from country to country. The nods and waving among riders in Canada don’t occur everywhere.

“In Europe, riders acknowledge each other by raising their legs or boots,” says motorcycle adventure rider Jeremy Kroeker. “In places where people ride motorcycles because it’s all they can afford, there is no sense of camaraderie.” Kroeker, who has ridden in over 30 countries, offers some advice for those who have just arrived on a new road.

“When I arrive in a new area, I try to find a motorcyclist and shadow them. Try to get a feeling for how bikers are allowed and expected to act. In some countries for instance, riding on the sidewalk is okay in gridlock.”

Along with understanding traffic, it is important to recognize these are new and unexplored roads. Riding to work, or doing the evening and weekend trip allows you to become familiar with your route. When you are on a new stretch of asphalt, you have no idea what lies beyond the next hairpin, or if the asphalt will abruptly turn to gravel. One of Hanney’s good customers died in Europe, travelling on unfamiliar roads. “The guy was a very experienced rider, but the roads and conditions are very different from Southern Ontario.”

Ask the rental agent which roads are best. I found a few interesting trails not on the map, but from the rental agent’s recommendations. If you run into any adventure riders, easily identified by bulging and battered panniers, dusty jackets and wind-burnt faces, ask them to point out nearby routes. In Kroeker’s travels, run-ins with fellow foreign riders usually resulted in swapping stories and sharing tips. Don’t worry if your 125cc rental is dwarfed by the cross-country behemoths they are sporting, you at least blend into the local traffic.

If you know ahead of time that rental opportunities will exist, plan for it. Realize that the helmets provided may not be DOT certified, or even mandatory. For licensing, CAA offers an international driving permit. It is valid in over 150 countries and comes in 10 of the most spoken languages. In my experience, I was only asked to produce a license once, in Central America, and the fact that I didn’t have a motorcycle designation didn’t seem to matter. As it turned out, driving without a valid motorcycle license would have voided my travel insurance coverage had I gotten into an accident. 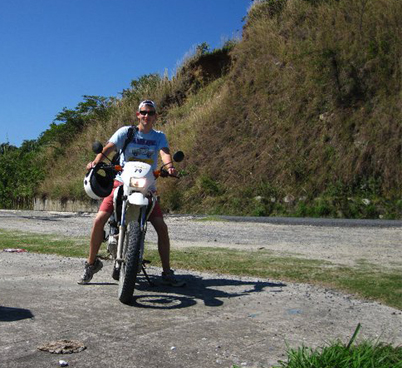 The rental agent advised me to put my helmet on over my baseball cap, “for a cool look.” I didn’t argue as the “helmet” probably needed the cushioning.

When most people travel, they purchase emergency medical care insurance. Generally this type of policy covers personal injury, including hospital and doctor fees. What you need to pay attention to, are policy exclusions which will deny you coverage.

According to Pierre Louis, a supervisor at Blue Cross Travel Insurance, driving under the influence of drugs or alcohol, racing for remuneration or competition, driving without a license and off-road driving, are among many exclusions within insurance policies. Getting injured away from home is a terrible thing, and without insurance can be enormously costly. The key is to read the fine print in your policy to see what actives you should avoid. Every insurance company is different, it’s best to call your provider to find out what coverage you have.

While riding in Nicaragua, a member of our group, with no riding experience severely damaged a rental scooter. Its nine inch wheels and absence of tire tread failed to handle what could loosely be called a road, and more aptly named a rock strewn path. She was forced to pay several hundred dollars to compensate the renter, as no insurance existed on the island we were staying at.

Motorcyclists know that risks can lead to great rewards. The opportunity to rent a bike while traveling is an un-paralleled chance to explore and enjoy new locations and roads. By keeping in mind you are in unfamiliar territory and on different wheels, and with some preparation, you can worry less about footing a repair bill and more on enjoying the ride.